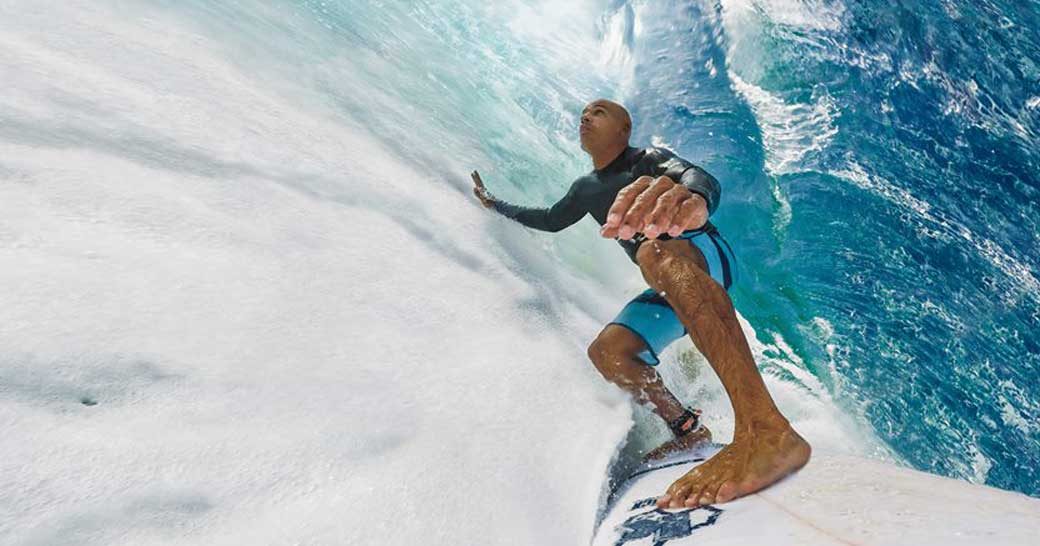 Sad news for the surfing community: at the beginning of this month (November), surf legend Kelly Slater, announced his retirement from the world of competitive surfing.

Don’t panic just yet, though. Slater plans to have one last stab at winning the World Surf title next year (2017).

The last time BookSurfCamps wrote about Kelly Slater at ADAPT Network, we were bringing you the news of his now famous wave pool, located 50 kilometres south of Fresno, California. The Kelly Slater Wave Company, Slater’s own company, worked for 10 years to bring this wave pool to life and the reactions to it have been overwhelmingly positive, with SurferMag even calling it the best man-made wave pool ever made.

Kelly Slater, who was born in one of the best surf cities in the U.S. – Cocoa Beach, Florida, is the only surfer in the world to have won the world title 11 times, including five consecutive titles, from 1993 to 1998. For him to win it again in 2017, after having last won it in 2011, would cement his status as one of the greatest competitive surfers of all time!

The 44-year-old athlete, entered the professional surfing circuit in 1980, when he was just 18. Just two years later, he won his first world champion title, becoming the world’s youngest surfer to do so.

The plethora of titles didn’t just bring him fame and recognition; according to The Inertia, Kelly Slater is the highest paid surfer in the world, with a net worth of $3,678,560.

My last wave in Portugal the other day. […] So next year I’m gonna get my shit (and my body) together for real and see if I can make a last run at a title. Then I’ll go find the best waves on earth til my last day before being freeze-dried and used as plant food to make a #Koa and #Monkeypod tree on my property or take the carbon from my ashes and make a diamond from it for my family. […]

We wish Kelly all the best and we thank him for his spectacular results and passion for the sport.

Article published, in association with BookSurfCamps