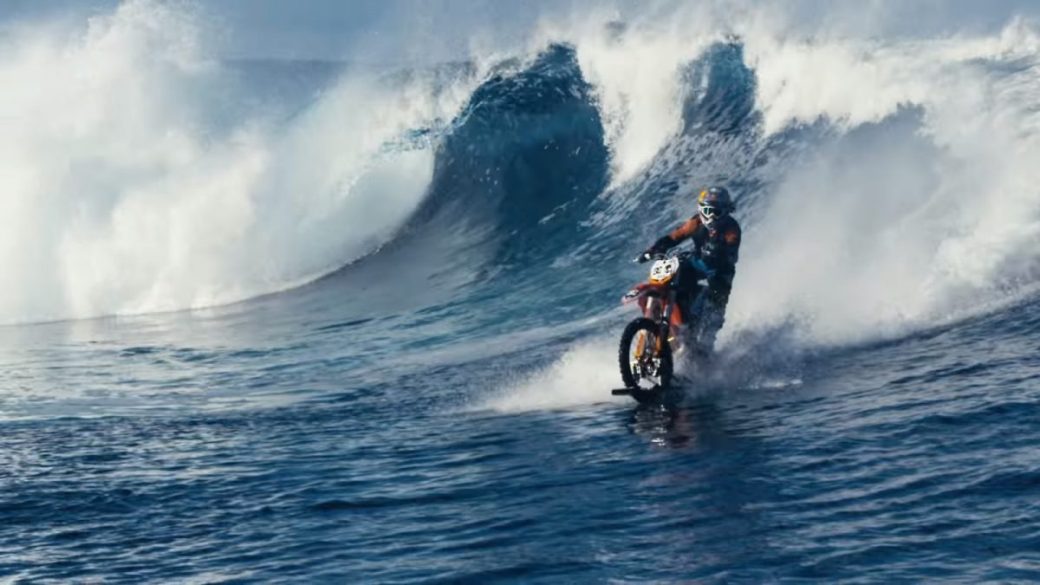 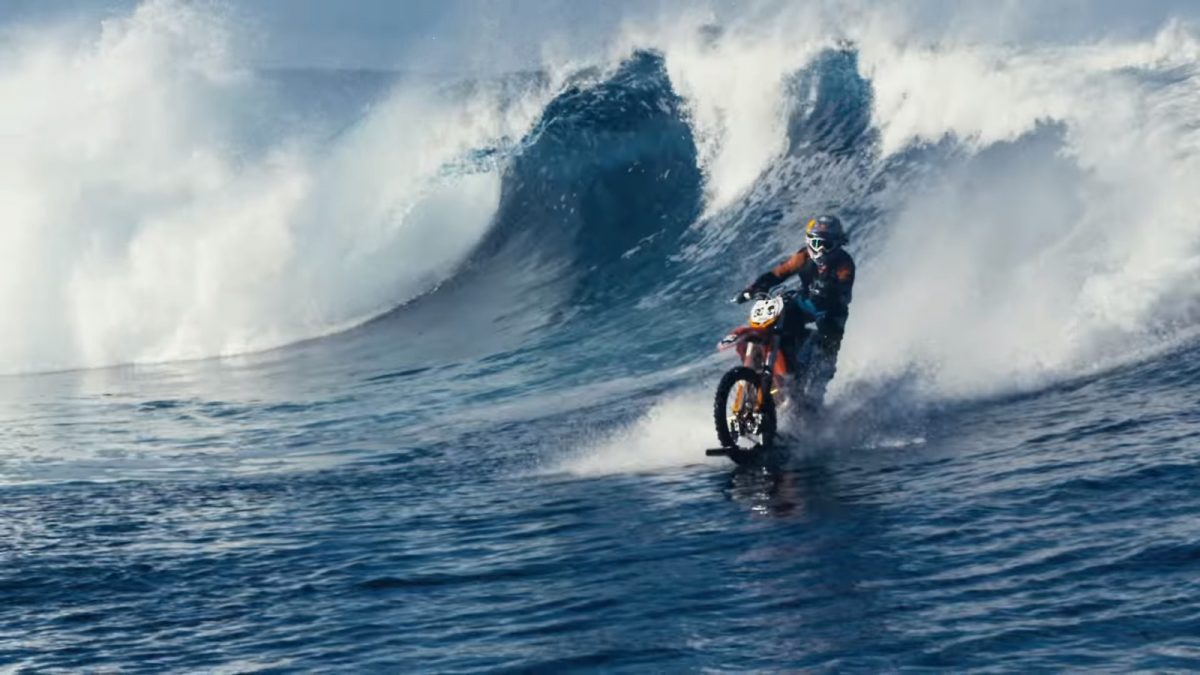 Adrenaline-junkie Robbie Maddison and his dirt bike recently left the tracks of Australia behind, and instead took to the waves of the Pacific Ocean in French Polynesia, in order to film an ad for DC Shoes.

The 4-minute video shows Maddison riding giant, barrelling waves on his Motocross bike. In order to make his bike seaworthy, he added small skis to the front wheel, and used the back wheel as a propeller to give him power in the water.

As a stunt driver, he is certainly no stranger to performing death-defying acts, with back-flipping his bike over Tower Bridge, and being a stunt double for Daniel Craig in the James Bond films a part of his portfolio. However, in an interview with 7 News Sydney, Maddison spoke about how he came close to losing his life on the final take, when he was crushed under an onslaught of enormous waves, because his bike lacked the power needed to escape the wall of white water that was mercilessly chasing him.

Luckily, Maddison survived, and hasn’t been put off taking his bike to the waves again in the future. The incredible footage that DC Shoes has used here will undoubtedly be watched in awe for years to come.