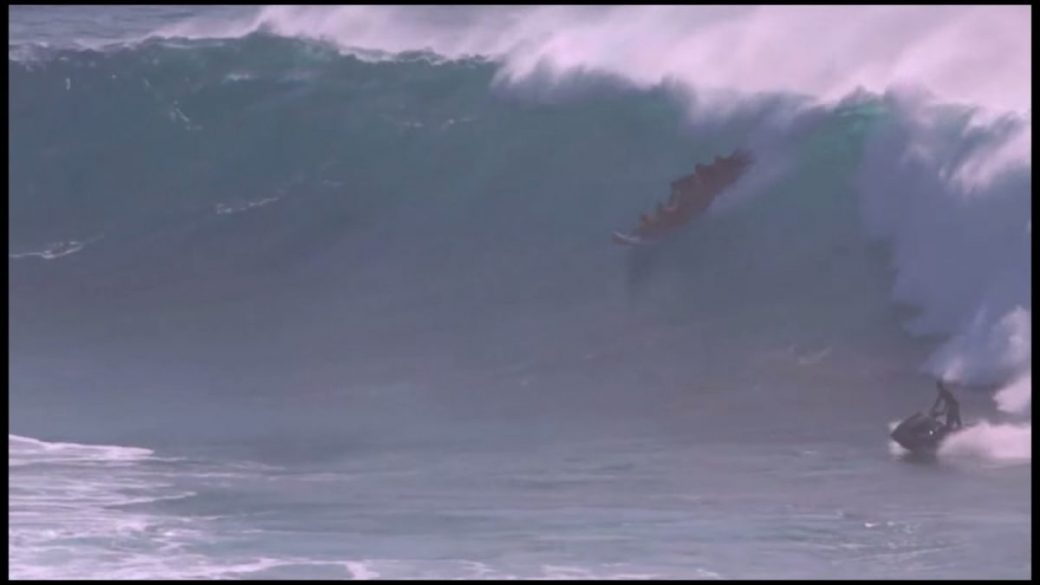 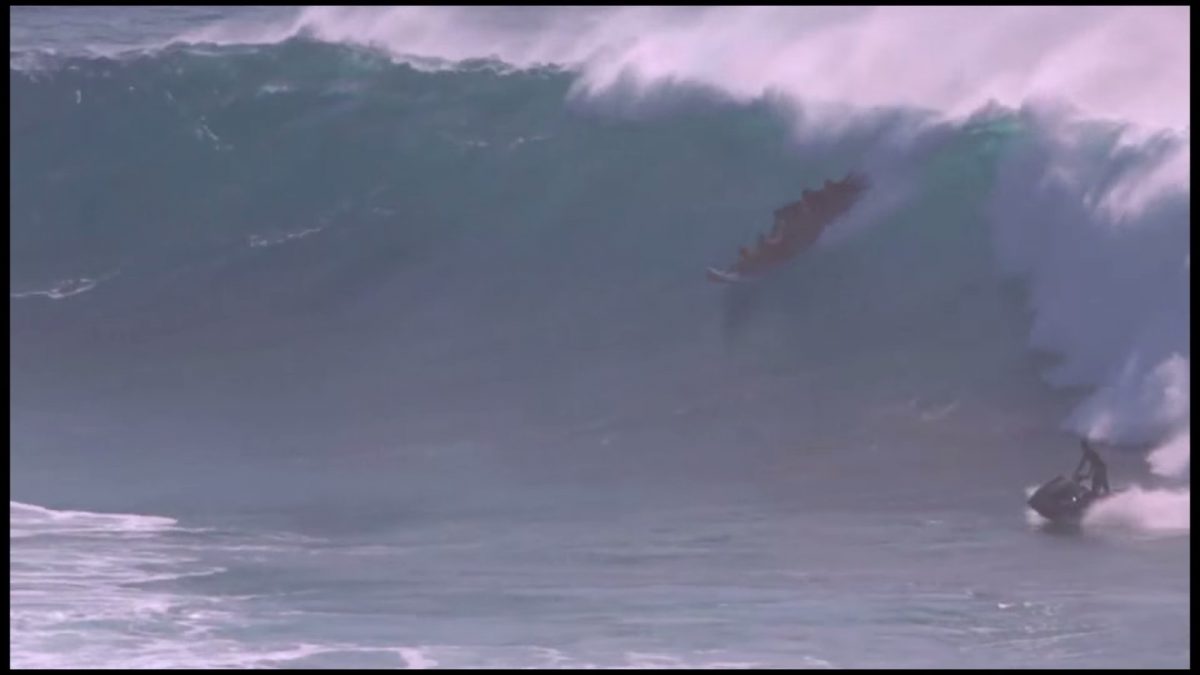 This video shot by Issac Sokol and posted on XXL Big Wave Awards’ YouTube channel shows seven surfers teaming up to paddle a 17-foot “Supsquatch” board into a set wave at Makaha, Hawaii on February 14, 2015. While the wave height has yet to be confirmed, it looks pretty sizeable for sure and one of the riders, O’Brien, describes it as 18-feet. Surfers aboard include Jamie O’Brien, Kalani Chapman, Kaikea Elias, Scotty Clelland, Sean McInerney, Brad Domke and Brian Emory (a.k.a Team Grom).

If you’re wondering ‘what on earth a “Supsquatch” is?’ It’s a giant, inflatable stand-up board, measuring 16-feet long (17 in this case) and 6.5-feet wide so there was plenty of room for the seven paddlers aboard.

“There is nothing better than catching an 18-foot wave with six of your best friends!” O’Brien said on Instagram.

“Words can’t describe how epic surfing the Supsquatch in 20-foot conditions [is] with your best friends. #teamgrom got blessed over the weekend with this bomb!” Domke said on his Instagram.

Though the wave height has yet to be confirmed, the footage has been entered in the Big Wave Awards under a Billabong Ride of the Year Group Entry. The nominees will be announced at the end of March with the winners declared on May 1. One things for sure it looked like fun and the crowd of people cheering on the beach says it all, as the Supsquatch successfully rode out the wave.