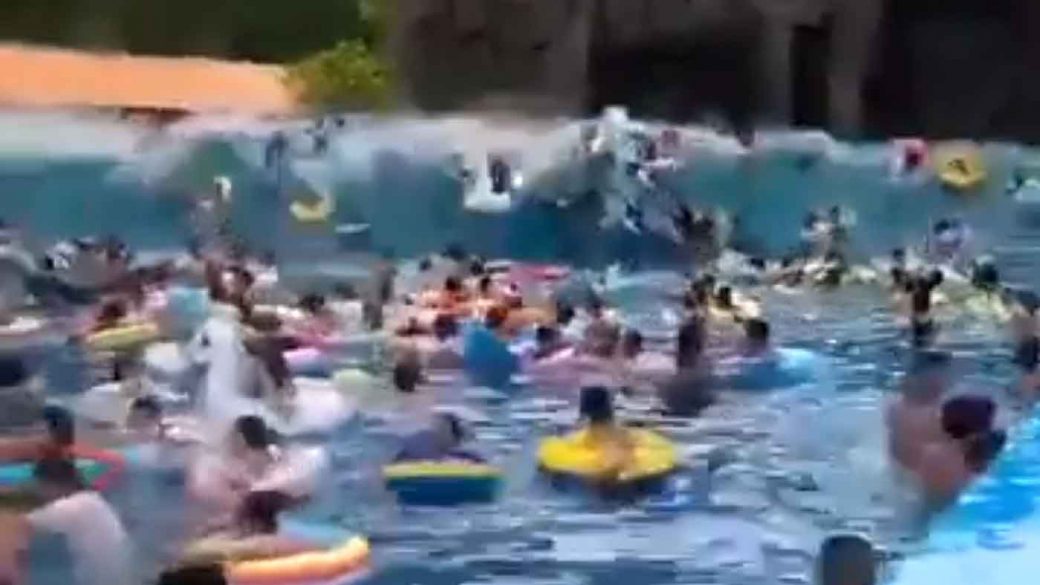 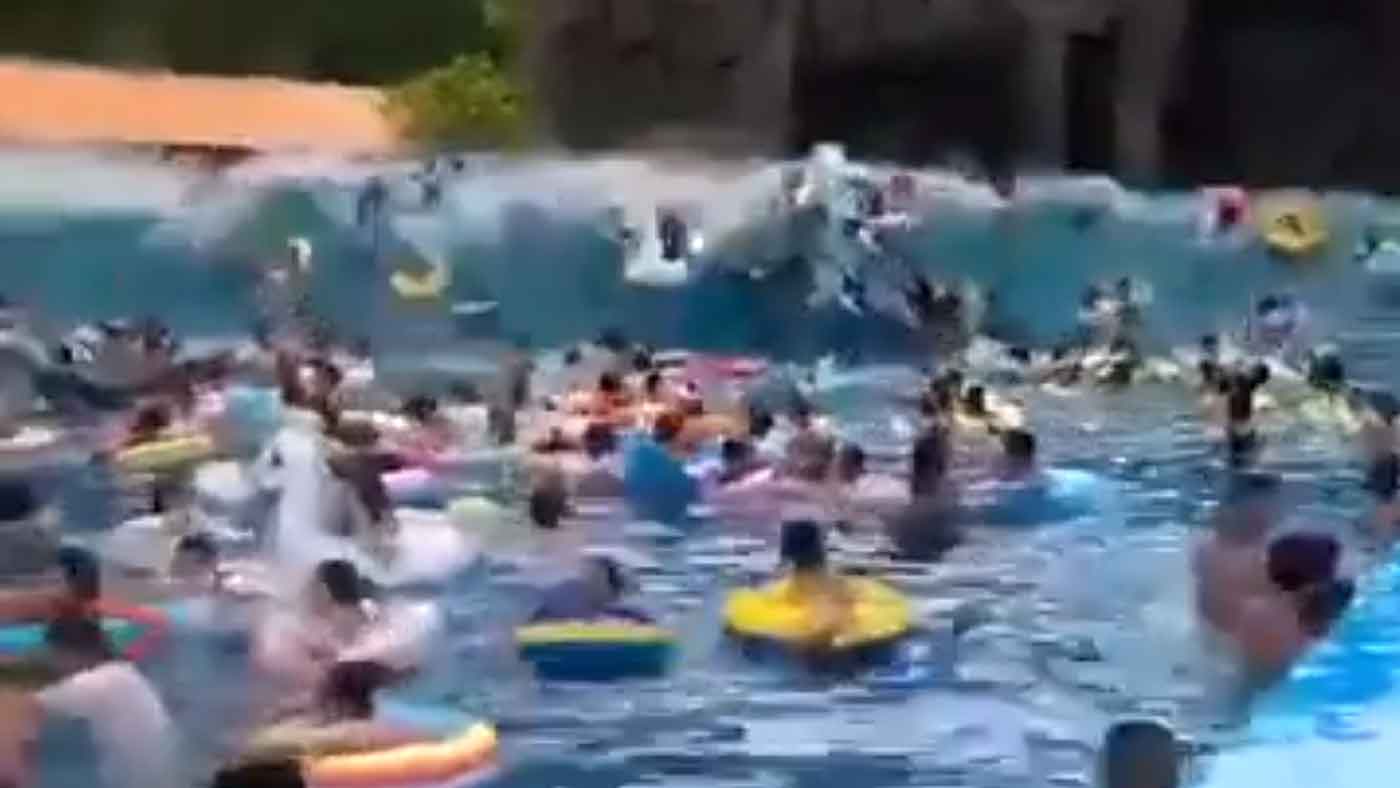 If you’ve ever wondered what happens when you turn a wave machine up to maximum power, here’s the answer…and it’s not good.

This alarming video shows the moment that a wave machine malfunctioned at Shuiyun Water Park in northern China. Instead of a gentle roll, it launched a 10ft ‘tsunami’.

The incident occurred on Sunday (July 29) and, according to the Associated Press, injured 44 people.

Reports and rumours that “The operator got drunk and turned the wave magnitude to maximum level” have been denied by the officials stating to the Beijing Times that “accidental breakdown in machinery” caused the incident.

The AP report states that the water park is now closed under investigation.