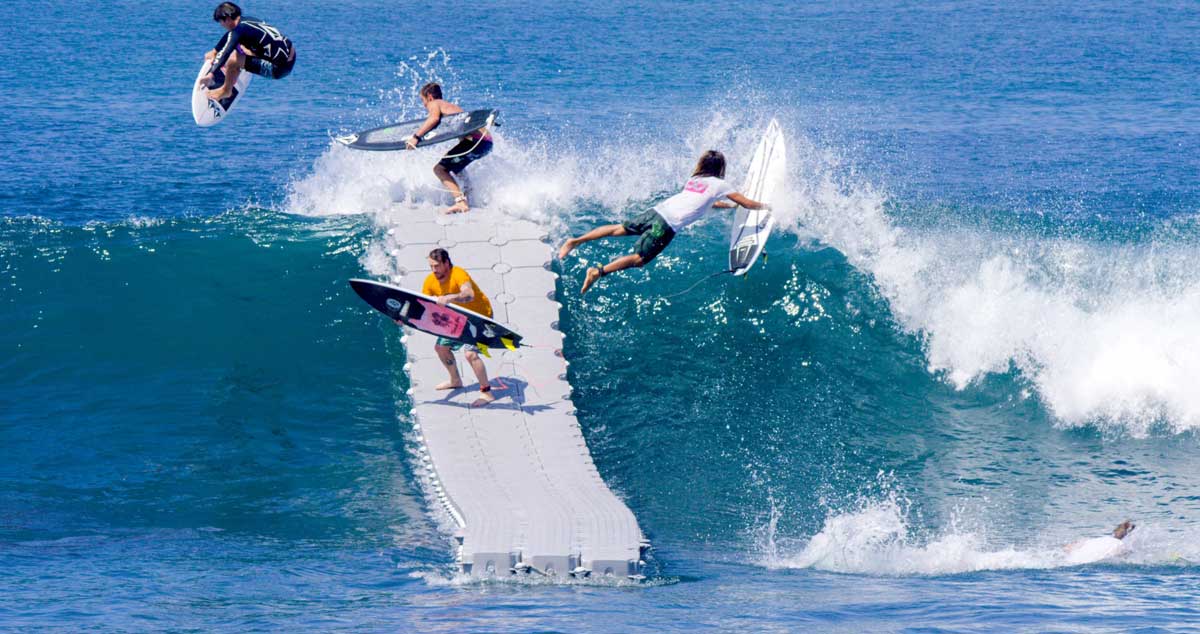 This is a genius idea; a team of surfers placed a floating dock off the coast of Bali for an entirely different way to drop into a six-foot swell.

‘The Dock’ highlights the Volcom surf team’s attempt at creating a paddleless lineup in amazing Balinese surf; the concept is reminiscent of the launch bridge at Surf Snowdonia.

“Anchoring a 100 foot half tonne plastic raft in the middle of a surf break is no easy feat,” explained photographer Tom Carey in an interview with Stab Magazine. He continued:

Our intention was an experiment in alternative wave entry-a paddleless lineup. But, turns out, alternative water entry has its pitfalls. Six-foot faces slamming onto a half tonne block of plastic is a recipe for injury and fortunately for us, not disaster. Although, it had a penchant making surfboards look like they’d fallen from the roof of a car madly swerving down a highway.

Everything about the dock was dangerous. The whole idea, the ropes in the waves, giant plastic heavy duty industrial blocks coming at your head.