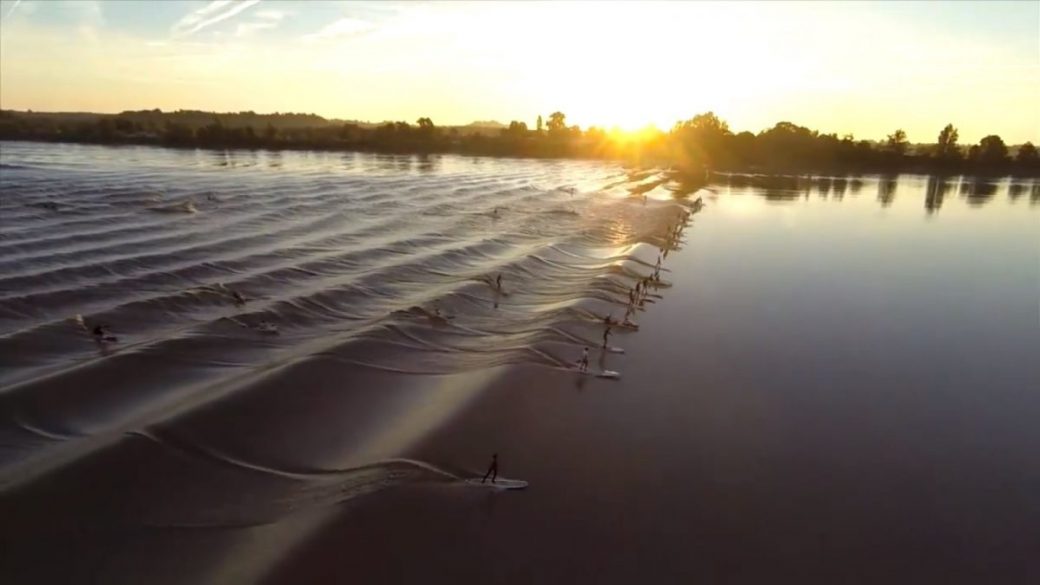 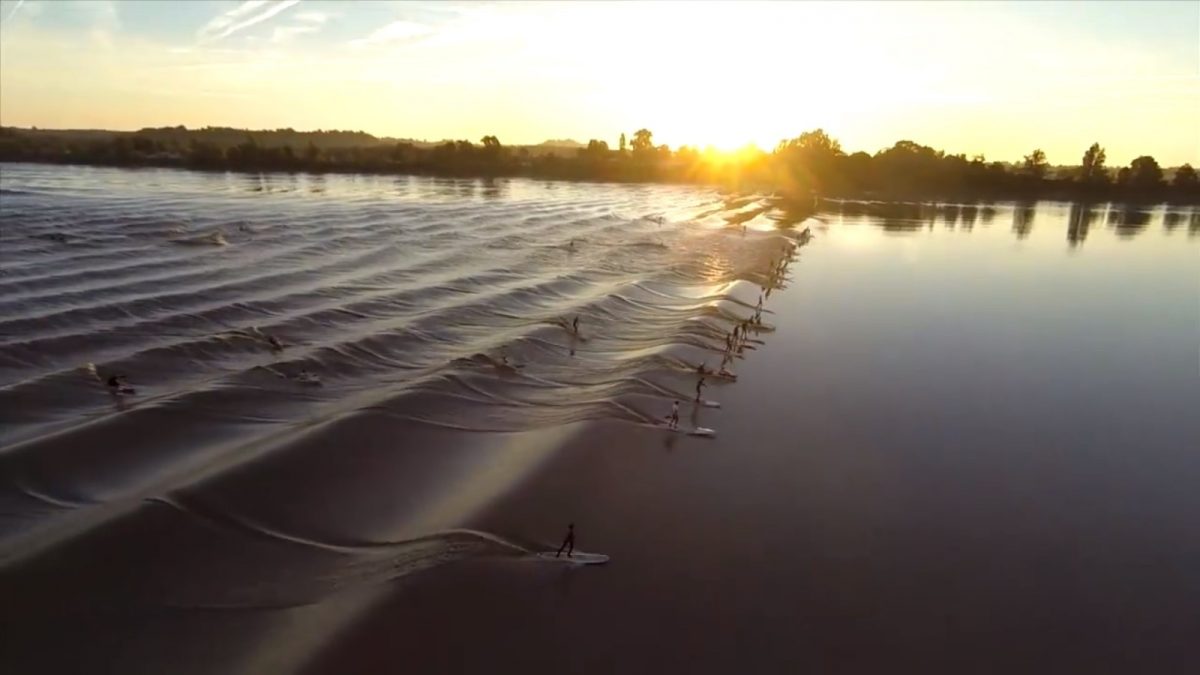 Tidal bores are a pretty unique surfing opportunity. They’re formed as an incoming tide works its way up a river, which of course, is flowing in the opposite direction. The Severn Bore (one of 8 in the UK) is one of the biggest in the world. It is a large surge wave that can be seen in the estuary of the River Severn (not too far from ADAPT), where the tidal range is the 2nd highest in the world, being as much as 50 feet (approx. 15.4m). Though, I’ve never seen it as crowded as this bore that Surfer magazine called “one of the most crowded tidal bores ever ridden” and Canoe & Kayak called it the “ultimate party wave.”

This video shows a bunch of surfers, SUPers, kayakers and even a topo-duo riding the Gironde River tidal bore in France in a video posted on Facebook by the Surfing Federation of Costa Rica. The original post said it’s the Pororoca tidal bore in the Amazon, but numerous outlets have identified it as the one near the wine region of Bordeaux in France.