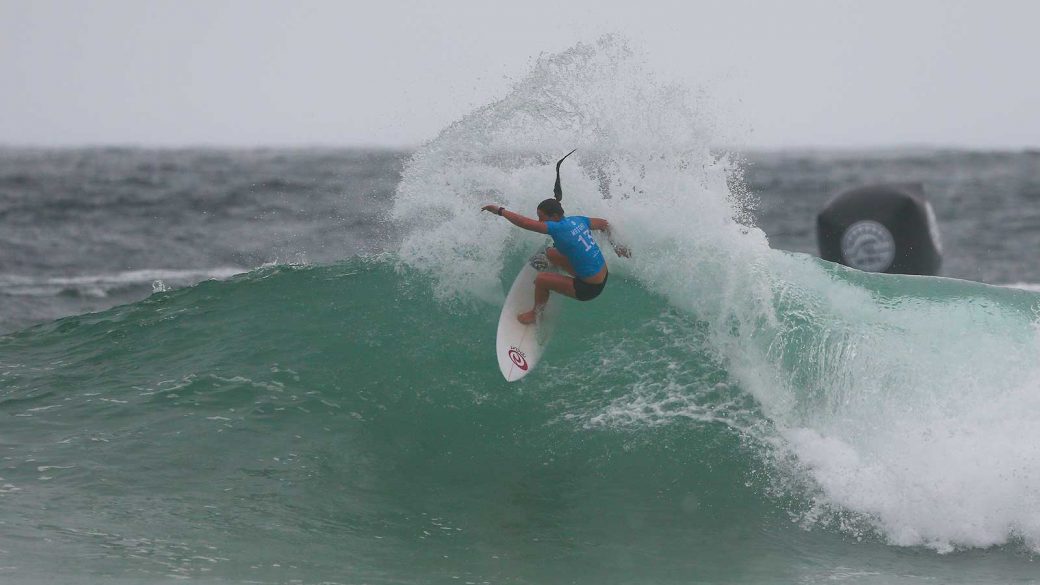 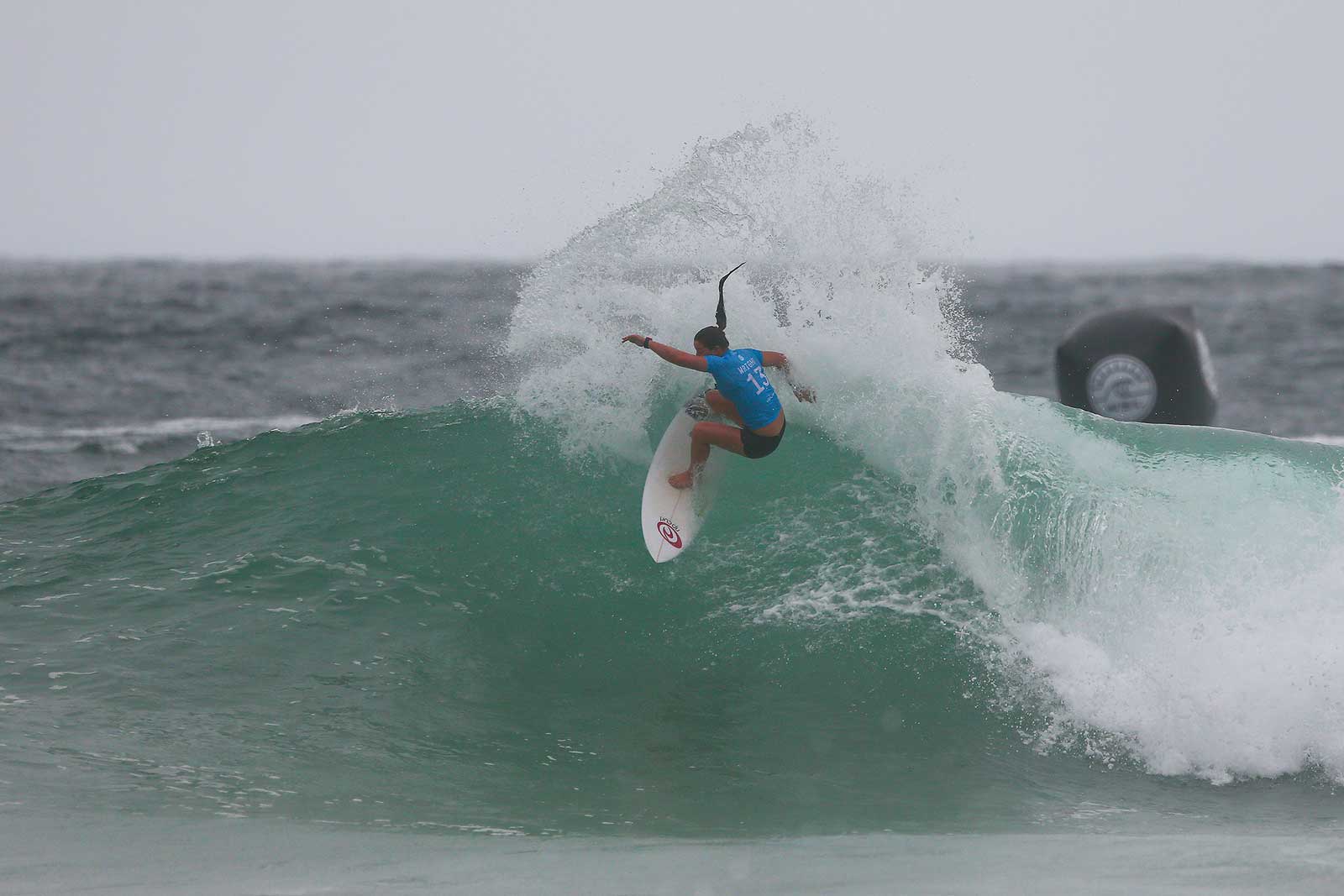 The win today in Rio is Wright’s third of the season, following previous triumphs on the Gold Coast and at Bells Beach. Back-to-back event wins see her take first place on the Jeep Leaderboard and Wright will wear the leader jersey at the upcoming Fiji Women’s Pro. Wright previously dispatched Carissa Moore (HAW) and Johanne Defay (FRA) en route to the Final today.

“This is the best I’ve ever felt,” Wright said. “Over the last six months so many things have happened and it has given me a lot of perspective on the way I want to run my career and surf my heats. I want to say a massive thanks to my family. They make it all worthwhile.”

“I am so excited to win here in Brazil,” continued Wright. “It is fun and there are so many things you need to take into account, and you have to just flow with it. I think this was the most challenging of any event and any final. It was hard work and I am stoked.”

The all-Australian Final match-up saw a close battle between Wright and Fitzgibbons. Showcasing her power surfing and control, Wright set the bar early on by dropping an excellent 8.67. Wright continued to back up her opening ride, putting pressure on Fitzgibbons to land a solid score. With ten minutes left on the clock, Fitzgibbons hammered a critical section to earn 7.17 and begin to close the gap on Wright. In the closing minutes Fitzgibbons was left searching for 5.94 while massive sets out the back pushed the athletes further from the take-off. Fitzgibbons was out of position to attempt a final attack and Wright, with a 13.10 two-wave score, defeated Fitzgibbons by 2.76 points to take the win.

Today is the second Final berth for Fitzgibbons this season, who also finished runner-up at Bells Beach. The result will see the two-time Rio event winner move up one place on the Jeep Leaderboard from 6th to 5th. To reach the Final Fitzgibbons took down Courtney Conlogue (USA) and Malia Manuel (HAW).

“It was a great effort by Tyler and huge congratulations to her,” said Fitzgibbons. “In the Final, I was just hoping for one more wave at the end. I could feel that win. I had put myself back into contention, and I loved the challenge today. I really feed off the energy of the crowd. The fans here are so passionate about surfing, so it is a pleasure to come here and perform.”

2015 event winner Courtney Conlogue (USA) will relinquish the Jeep Leader Jersey after being defeated by Fitzgibbons in Semifinal 1. With an event win at Bells Beach and runner-up finishes on the Gold Coast and at Margaret River, today’s result marks Conlogue’s first absence from the Finals this season and sees her move to 2nd place on the Jeep Leaderboard.

The bout between Conlogue and Fitzgibbons saw multiple lead changes, as both surfers put everything on the line to advance to the Finals. Fitzgibbons held onto a 14.10 heat score, leaving Conlogue to chase a 6.61. In the dying seconds of the heat, Conlogue had one last opportunity to post the required score, but could not stick the landing.

“This finish is a positive, as third is a keeper result at the end of the season,” Conlogue said. “But I was definitely hoping to get the win and it was a bit frustrating to not catch those skis. I just have to learn from what went on in that heat, so I can draw off of that knowledge for Fiji. Things were zig-zagging all the way through the final minutes. I have to brush my knees off and get ready for the next one.”

Wright took down Carissa Moore (HAW), reigning three-time WSL Champion, in Semifinal 2. Moore has yet to secure a spot in the Finals this season, with a Semifinal finish at each event of the season so far. The World Champion will head into Fiji in third place on the Jeep Leaderboard.

Wright opened up Semifinal 2 against Moore with a huge frontside hook to earn an 8.77, the highest score of the heat and the Semifinal match-ups. Wright controlled the Semifinal with a 13.60 two-wave score, forcing Moore to chase a 7.68. Moore was not able to find the waves to combat Wright.

Six-time WSL Champion Stephanie Gilmore (AUS) was eliminated in the Quarterfinals by Moore. The heat marked the seventeenth head-to-head match-up between the two CT superstars, adding a tenth win to Moore’s tally. The Hawaiian got off to a quick start to lock in an excellent 8.77 and continued to better her heat total with a 7.07. Caught in a combination situation, Gilmore struggled to find the scores to close the gap on Moore. Gilmore will walk away with a 5th place finish and moves down one place to 6th on the Jeep Leaderboard.

“I think with the few days in between competition I probably got a little too relaxed,” Gilmore said. “I keep putting together great performances, but they sort of fall apart as the event goes on. This event is really testing, it tests your patience and your focus. I definitely struggled out there. I am just having a love affair with the Quarterfinals. But I am looking forward to Fiji. There is a big swell heading there and it is probably a great time to practice and take as many boards as you can out there. We will see what happens.”