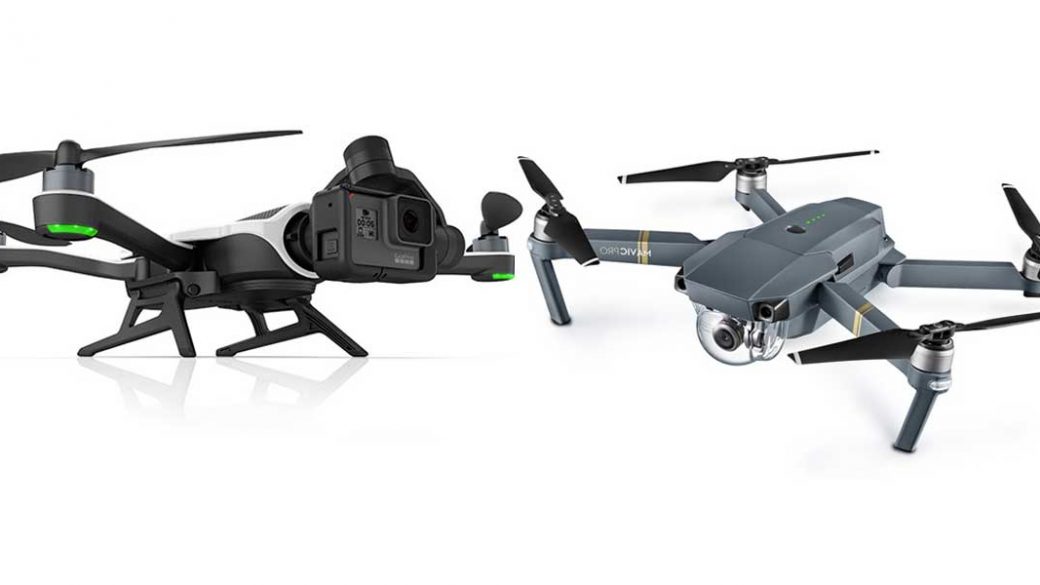 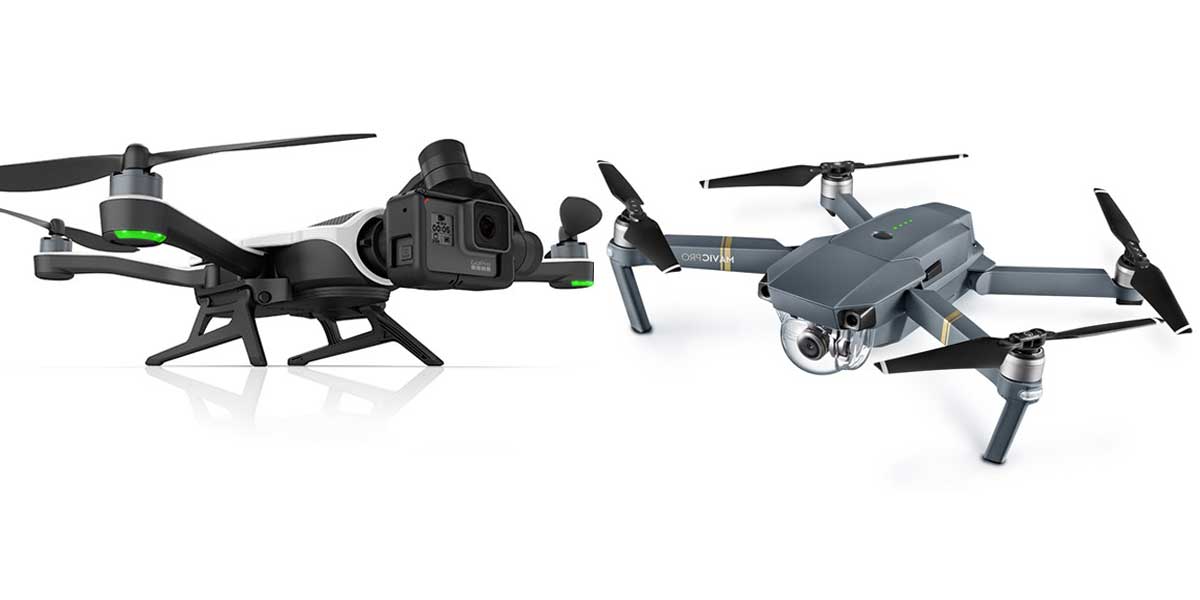 The era of the action camera began with the GoPro. Since then, other manufacturers have developed competing models. But recently there has been a new development—the launch of high-tech, easy to fly drones.

Drones provide an immersive and captivating viewing experience, with a multitude of professional style shots readily available to the average consumer. They take the quality of personal filmmaking to new heights. So what’s new in the world of drones?

Two of the latest editions to this ever expanding market are the DJI Mavic Pro and the GoPro Karma. The primary focus of both being portability and visual quality.

Both drones have 3-axis stabilisation with 4K shooting capacity and reach similar speeds, Karma at 35 mph and Mavic Pro at 40 mph. Some of the new and exciting features, these new drones boast, are the ability to automatically track and film your actions with the press of a button. This allows you to focus on the task at hand, knowing the perfect shot is being captured on auto-pilot.

The Mavic Pro’s compact foldable design makes it more travel-friendly than any other drone with similar capabilities. Its gaming-style controller is equally compact and can be piloted with just an iOS or Android device. DJI has also included additional features such as obstacle sensors, follow features, automation, and indoor flying.

The Karma, on the other hand, is fitted with a 5″ screen and handheld steady-cam mount with a unique controller that works more like a portable game system.  GoPro’s first drone can also reach a maximum altitude of 14,500 feet and can be used at a distance of 1.86 miles from the controller.

However, earlier this month GoPro announced a total recall of all Karma drones due to the potential for the drone to lose power while flying. GoPro said it “discovered, that in a small number of cases, Karma units lost power during operation.” These initial teething problems will prove a hard blow to GoPro’s sales.

Both drones also come with a hefty price tag, (Karma at £719.99/$799.99 and Mavic Pro at is £1,099/$999) meaning neither are an entirely viable option for many consumers. But as the technology gets better and the demand for even greater quality grows, I can see more and more people turning to these automated and airborne filming solutions.

As far as I see it, the purpose of an action camera is to capture our adventures and stories. In terms of how I would invest my money right now, I love GoPro and all they have done for the action camera market, but I have to trust the years of experience DJI has in the field, and the proven results. The GoPro Karma was an ambitious step in the right direction, but it wasn’t backed up by reliable technology—ultimately ending in its downfall. The future of action cameras is, literally, ‘up in the air’, but until these drones become more affordable for the average consumer, I guess the selfie stick (for the majority of us) is still a very capable solution.