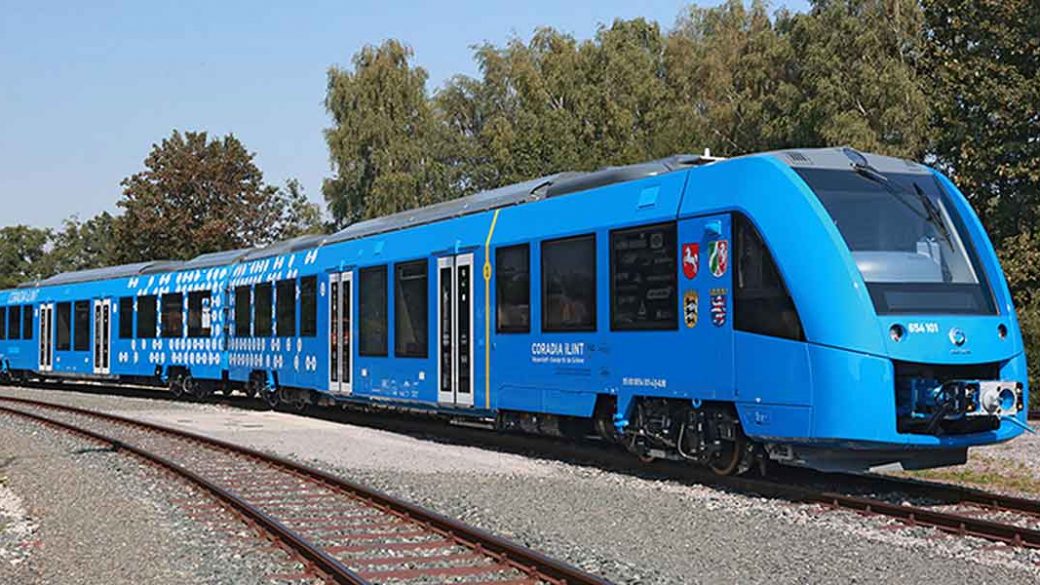 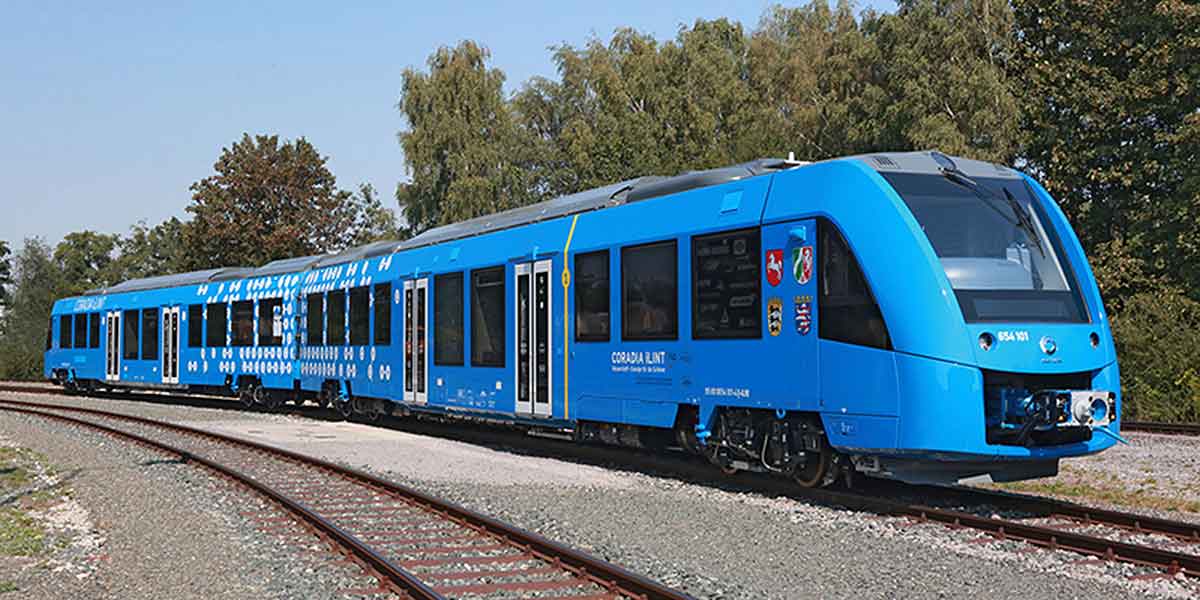 The Coradia iLint, or “Hydrail”,  is a new CO2-emission-free passenger train and is one of the first of its kind. It is powered by a hydrogen fuel cell and its only by product is steam. With a top speed of 87mph, the train can travel around 500 miles per day.

Discover how the train works:

The train was presented for the first time at Berlin’s InnoTrans trade show last year and the manufacturer, Alstom, plans to introduce the trains in December 2017. The first of which will start to run on the Buxtehude-Bremervörde-Bremerhaven-Cuxhaven regional line in the northwestern German state of Lower Saxony.

Of the launch, Alstom Chairman and CEO, Henri Poupart-Lafarge said:

Alstom is proud to launch a breakthrough innovation in the field of clean transportation which will complete its Coradia range of regional trains. It shows our ability to work in close collaboration with our customers and develop a train in only two years.

Hydrogen is becoming a popular fuel of choice. In January, this year, it was reported that China has successfully tested an hydrogen powered aircraft. During the test in Shenyang, Liaoning province, the plane reached a height of 320 meters and emitted zero pollution. According to the manufacturer, the plane is powered by fuel cells and lithium batteries and is able to fly for 45 to 60 minutes.